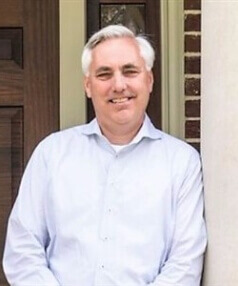 Neil Johnson is the President and CEO of Canonbury Homes, Inc., a custom home builder in North Atlanta. Neil founded the business in 2005, and since that time, Canonbury Homes, Inc. has built numerous custom homes in the Buckhead, Brookhaven, and Sandy Springs communities. Neil built the 2008 Christmas Decorator Show House and his work has been featured in Atlanta Homes and Lifestyle, Modern Home Builders, and Buckhaven Lifestyle. Prior to founding Canonbury Homes, Inc., Neil worked for United Parcel Service for 16 years, holding various management positions. After leaving UPS, Neil moved to England with his family to support his wife's career. While in England, he had the opportunity to start in the home building and renovation business. Outside of Canonbury Homes, Neil is involved in a variety of charitable organizations. He is active in the Knights of Columbus and served as Grand Knight for Council 6517 in 2014 and 2015. Neil also is co-chair for the Patrons of the Arts in the Vatican Museums Georgia Chapter, a member of Regnum Christi, and a Knight in the Order of Malta. Neil and his wife Carolyn have been married for 39 years and have been active members in the Holy Spirit Prep community for over 17 years. Both of their children attended HSP, and their daughter Catie graduated in the Class of 2015. Neil grew up in Atlanta, graduated from Dunwoody High School, received an Associate's degree from Young Harris College, and holds a Bachelor of Business Administration, Marketing degree from the J. Mack Robinson College of Business at Georgia State University.