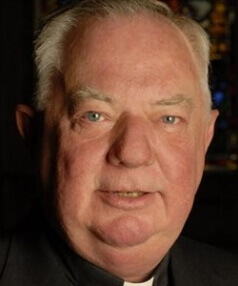 Monsignor Edward J. Dillon is President and Rector of Holy Spirit Prep. Monsignor Dillon was one of the founders of the School, serving as the Chair of the Board of the School from its inception to late 2012. Monsignor also has served as the pastor of one of the most dynamic and vibrant parishes in the Archdiocese of Atlanta, Holy Spirit parish, since his appointment in 1987, becoming its full-time pastor in 1997. Prior to becoming the full-time pastor of Holy Spirit in 1997, Monsignor Dillon served as Vicar General of the Archdiocese of Atlanta (1988-1997), and as Administrator of the Archdiocese following the death of Archbishop Lyke until the appointment of Archbishop Donoghue. Before fulfilling these roles, he served for nearly two decades in various offices within the Archdiocese. Monsignor Dillon began his service as a priest when he was ordained in 1967 for service in the Archdiocese. His first assignment was as a Parochial Vicar at St. Anthony's parish located in southwest Atlanta. In addition to his role at Holy Spirit Prep and in the Archdiocese of Atlanta, Monsignor Dillon has been a member of the Canon Law Society of America since 1968. The Society is active in the promotion of canonical and pastoral approaches to significant issues within the Roman Catholic Church and has worked for the revitalization of church law in the United States. Monsignor has served in various capacities within the Society, including president of the 2,500 member organization (1975-1976). Sharing his passion for the subject of canon law, Monsignor Dillon was an instructor in canon law in both the summer school at Catholic University (1978-1988) and in the winter school program at the University of San Diego, California (1972-1979). Nationally recognized for his expertise in canon law, Monsignor Dillon was a consultor for the Canonical Affairs Committee of the U.S. Conference of Catholic Bishops (1974–1977). A published author, Monsignor's writings include his academic degree dissertations and a book on jurisprudence edited for the Canon Law Society of America. Monsignor Dillon's articles on procedural law, marriage jurisprudence, and Church administration have appeared in The Jurist, the Proceedings of the Canon Law Society of America, and the proceedings of the National Conference of Diocesan Attorneys. Monsignor Dillon attended graduate school at the Catholic University of America, Washington, D.C., where he earned three degrees in canon law, including a doctorate. He studied for the priesthood at St. Patrick's College in Carlow, Ireland. Monsignor Dillon is an active member of the Equestrian Order of the Holy Sepulchre of Jerusalem, of the Military and Hospitaller Order of St. Lazarus of Jerusalem, and of the Sovereign Order of Malta. He was born in Carlow, Ireland, where he was ordained a priest in 1967.