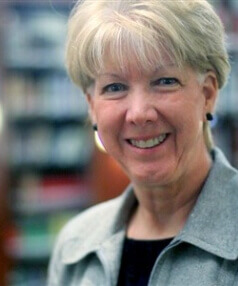 Kelly Angelo currently serves as the Accountant for Holy Spirit Catholic Church. This is somewhat of a second career for Kelly, as she spent the majority of her career with the Coca-Cola Company, most recently as Manager of International Treasury Services, where she was responsible for managing the Company's international operations cash needs. Kelly held a number of financial and accounting positions with The Coca-Cola Company during her 25 years with the company. Prior to that, Kelly worked for Electronic Data Systems, Scientific Atlanta, and Medex, Inc. Kelly and her husband, Mike, have been members of Holy Spirit Catholic Church since 1999. Her daughter, Sabrina, attended HSP from Kindergarten through 12th grade and graduated from Holy Spirit Prep in 2014. Kelly has held many volunteer positions at HSP, including PVA President, Annual Fund Chair, Spring Gala Chair, as well as chairing other school events such as Father-Daughter Dance, Secret Santa and Fall Festival. In addition, Kelly was responsible for co-founding the first HSP Annual Fun Run. Giving back to the community is very important to Kelly. In addition to her volunteer work at HSP, Kelly volunteers with many other organizations, including Holy Spirit Catholic Church, Girl Scouts of Greater Atlanta, and Alpha Omicron Pi National Sorority. Kelly is the lead Wedding Coordinator at HSCC, a Eucharistic Minister, and responsible for the HSCC Scout Mass and Girl Scout Religious Awards. Her commitment to Girl Scouts includes many years as a Sandy Springs Service Unit Director, Gold Award Committee Member and Advisor, and Girl Scout Troop Leader. Kelly is also the Alumnae Collegiate Financial Advisor to her national Sorority, AOII. Kelly received her undergraduate degree from the University of Florida where she received a Bachelor of Science in Business Administration. In addition, she is a Certified Public Accountant in the State of Georgia.