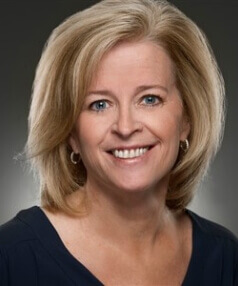 Joann Jones is a partner in the Atlanta office of BakerHostetler, one of the nation's largest law firms, with seventeen offices and over 1,100 lawyers across the United States. Joann's legal practice focuses on real estate development and finance, particularly in the healthcare industry, serving clients in the acquisition, development, financing, and leasing of facilities for rehabilitative and developmental care, hospitals, medical campuses, medical office buildings, and senior facilities. Joann has been an active member of the Holy Spirit community for almost three decades. She and her husband, Todd, have been parishioners of Holy Spirit parish since 1994. Each of their three children attended Holy Spirit Prep. Joann has served on the Board of Holy Spirit Prep since 2001, and in late 2012 she assumed the position of Chair of the Board. In earlier years at the School, Joann served as PVA President at the Lower School, chair of the Hospitality Committee, member of the Marketing Committee, and a room parent or team parent to various HSP classrooms and sports teams. Joann is active in the broader community, as evidenced by her past roles as troop leader to her daughter's Girl Scout troop and her volunteer work with Chastain Park Athletic Club and its Tidal Waves summer swim program when her children were young. Her support of the community is also a key part of her legal practice, as manifested in her pro bono work with the Archdiocese of Atlanta, the National Center for Civil and Human Rights, and GAIN (the Georgia Asylum and Immigration Network) which aids women who are victims of human trafficking in Atlanta. Joann is also the managing partner of the Atlanta office of BakerHostetler and works with the firm's Women's Initiative, which sponsors and supports women lawyers as they advance in their professional legal careers. Joann is ranked by Chambers USA as one of the leading lawyers for real estate in Georgia, recognized for her handling of sophisticated, healthcare-related real estate finance issues. In addition, Joann has been recognized by the Atlanta Business Chronicle in its Who's Who in Law edition which profiles Atlanta's Top 100 among leaders in Law and Accounting, and in its list of Atlanta's Top Law Firm Managing Partners. Joann was also a member of the Leadership Atlanta Class of 2013. Joann holds a Juris Doctor degree from the University of Virginia School of Law and a Bachelor of Arts degree in International Studies, summa cum laude, from Chestnut Hill College in Philadelphia. Joann and Todd's three children attended Holy Spirit Prep from Preschool through 12th grade. Todd (Class of 2012) is a graduate of Harvard College and Columbia University Medical School. He and his wife are medical residents in Boston. Meredith (Class of 2015) is also a graduate of Harvard College and currently lives in Chagrin Falls, Ohio, with her husband and their two young sons. Emma (Class of 2017) graduated from the University of Notre Dame in 2021 and is living and working in Atlanta.