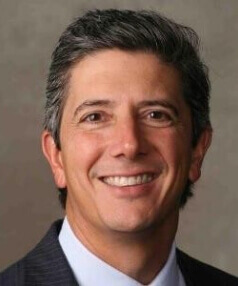 Frank J. Hanna is a founder of Holy Spirit Prep, and a Board Member since its inception in 1996. Frank is the CEO of Hanna Capital, LLC, and has invested in emerging technologies for the last 32 years. Prior to going into the investment business, he was a corporate attorney. He is featured in the PBS documentary, The Call of the Entrepreneur. He has been a frequent speaker to various groups (including Catholic leaders at the Vatican) and mass media regarding macroeconomics, education, and philanthropy. He is the author of two best-selling books: What Your Money Means, and A Graduate's Guide to Life. Frank currently serves on and advises the boards of numerous nonprofit organizations, both within the Catholic Church and in the secular world. He has been deeply involved in education for the last 39 years, and has been instrumental in the foundation of thirteen new educational institutions, from preschool through post-secondary. Frank also served as Chair of a Presidential Commission on Education Excellence. Mr. Hanna is the founder of the Solidarity Association. Of most significance, the Solidarity Association serves as Trustee of the Mater Verbi/Hanna Papyrus Trust, which safeguards in the Vatican Apostolic Library the oldest copy of the Gospel of Luke (including the oldest copy of the Lord's Prayer) in the world. In recognition of his charitable efforts, Mr. Hanna has received the William B. Simon Prize for Philanthropic Leadership, and the David R. Jones Award for Philanthropic Leadership. He is also a Knight of Malta, of the Holy Sepulchre, and was named a Knight of the Grand Cross of the Order of St Gregory by Pope Benedict XVI. On a more personal note, Frank has coached Little League soccer and basketball. He received his BBA and JD degrees from the University of Georgia. Frank and his wife, Sally, have one daughter, Elizabeth, who attended Holy Spirit Prep for twelve years and graduated in 2008.