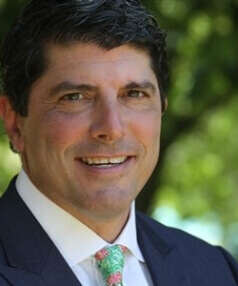 David Hanna is a founder of Holy Spirit Prep and has remained involved in the school since its beginning, as both a Board Member and parent. David is the co-founder and serves as the Chairman of the Board of Atlanticus Holdings Corporation. After its founding in 1996, Atlanticus grew into one of the largest providers of credit products to the underserved population in the United States. David is also a Principal in Hanna Capital, LLC. Through Hanna Capital and its predecessors or affiliates, David has invested in a variety of real estate and business opportunities in the US and internationally. These have included companies in cloud computing, software development, medical insurance, nutricuticals, medical equipment manufacturing, multi-family apartment acquisition and management, industrial development, as well as resort hotel acquisition and management. In addition to his successful business career, David has involved himself in various charitable activities. He has served on the boards of St. Jude's Children's Research Hospital in Memphis, the Children's Healthcare of Atlanta Foundation, Catholic Charities of Atlanta, the Lumen Institute, and Piedmont Healthcare. David is currently Chairman of the Board of Piedmont Healthcare. David received a B.B.A. degree in Finance from the University of Georgia. His wife of 36 years, Kim, and he have three children, all of whom attended Holy Spirit Prep: John (Class of 2008), James (Class of 2010), and Anna Marie (Class of 2013). David and Kim are active members of Holy Spirit Catholic Church where they have been parishioners since 1995.