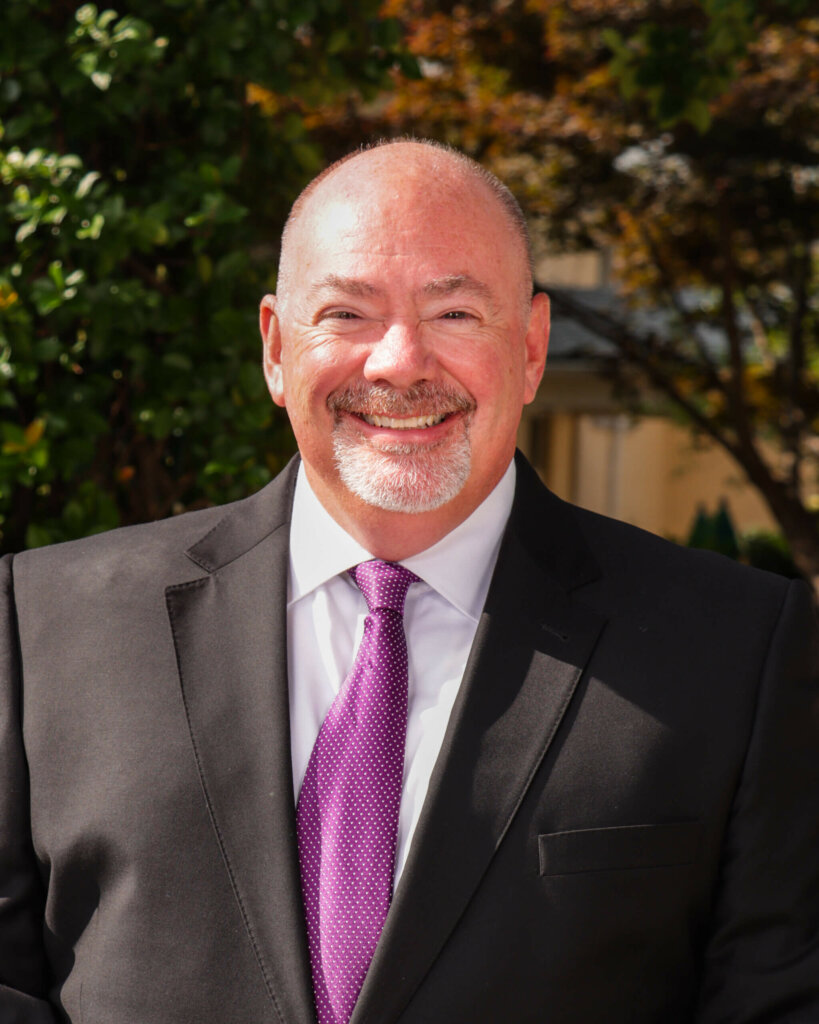 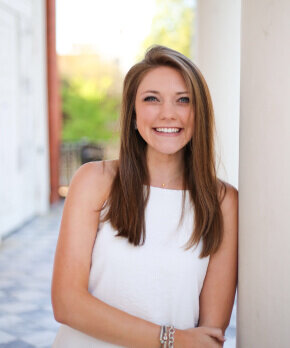 You are a part of Holy Spirit Prep’s history and can positively impact its future. We invite you to reconnect with your alma mater and hope to see you back on campus soon!

Connect with Alumni through Wavelength

Interested in connecting with other alumni or sharing your own career updates? We invite you to create an account with Wavelength, our online alumni network. All you need to do is create a password to receive access to your profile.

Stay up to date on upcoming events and view photos from our past events via Facebook. 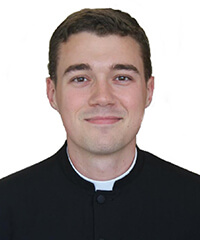 Cole started at HSP his freshman year of high school.

Cole decided to enter the seminary for the Archdiocese of Atlanta right after graduating HSP, and they sent him to St. Joseph Seminary College in Louisiana to study philosophy.

Now that Cole has graduated from St. Joseph, the Archdiocese will send him to St. Vincent De Paul Regional Seminary in Florida for his theological studies. Cole is still confident that the Lord wants him to be a priest. Apart from that, he is still reading novels, playing piano, and trying to cook a little more for himself (a good skill for a priest to have).

One of his favorite parts of HSP was Mr. Verlander's theology classes. He introduced Cole to philosophy and theology which Cole would come to love. Mr. Verlander would also pray the Liturgy of the Hours with his students in the Oratory before they started class. Not to mention Mrs. Reger, Mr. Radosta, and Mr. Labbe's classes – Cole really began to love literature at HSP. 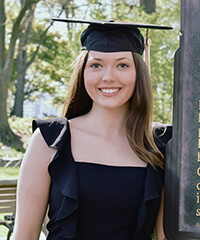 Emma started at HSP her freshman year of highschool. After graduating from HSP, she attended Georgia Tech. Emma graduated from Tech in May of 2022 with a Bachelor's of Science in Business Administration, concentrating in Finance and minoring in Health and Medical Sciences.

Emma is currently working at an Investment Management firm in Midtown as an Investment Analyst. She is excited to move to Denver, Colorado in July to start her career in Investment Banking with PNC. Emma’s hobbies include hiking, running, skiing, and reading.

Her favorite memory at HSP was the senior trip to Rome, Italy. Emma had so much fun exploring the art and architecture in the city! 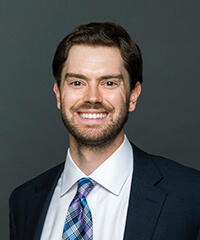 Benny started at HSP in 8th grade and graduated in May 2011. After graduating, he attended Georgia College and State University in Milledgeville

Benny is currently The Media and Admin Specialist for the Office of Evangelization and Discipleship at the Archdiocese of Atlanta.

He also serves on the leadership team of the CTK 20/30 Somethings Young Adult Group in charge of their website. Benny greatly enjoys sushi buffets, following his Atlanta sports teams, and attending oldies concerts.

Three memories in particular stand out from Benny’s time at HSP: (1) Being elected Homecoming Prince his junior year, lip-synching to Frank Sinatra for the House Day Talent Show (what other school lets you do that?) and the many plays he was in, including his two favorites, “Harvey” where Benny played Judge Omar Gaffney, the same character his Dad played in high school, and “Charlie in the Chocolate Factory” where he had his first ever lead role, Willy Wonka. 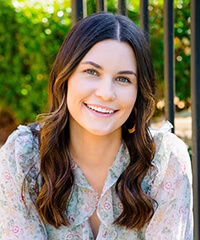 Ellie was an “HSP Lifer”, having started at HSP in preschool. Upon graduation, she attended Auburn University with a degree in Human Development and Family Science.

She loved that HSP was such a tight-knit community. Ellie is still best friends with people that she has known since preschool, which is pretty special! 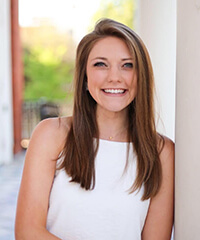 Catie started at HSP in 2nd grade. After graduating from HSP, she attended Auburn University with a marketing degree and a minor in nonprofit studies.

Currently, Catie works full time for Make-A-Wish GA as a Wish Process Coordinator and part time at HSP as the coordinator for the alumni program. She serves as the Director of the Young Adult Ministry at Holy Spirit Catholic Church and is a member of the auxiliary for the Order of Malta.

Catie’s favorite memories at HSP were the Wednesday Upper School weekly Masses and the annual SJC trips to Kentucky with Mr. Radosta and Mr. Labbe. 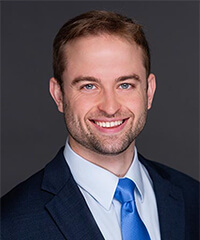 Todd attended HSP from its first year in 1996, when he was a two-year-old preschooler through his high school graduation in 2012. He studied Classical Greek and mathematics at Harvard University, and he received his M.D. degree from Columbia University this past May.

He and his wife are now beginning their medical residencies in Boston, where he is training in psychiatry and she in pediatrics.

Todd’s favorite memories of HSP include wearing kilts with friends on dress-up Fridays, winning a football championship in senior year, and witnessing the Catholic faith embodied each day in the school’s amazing faculty. 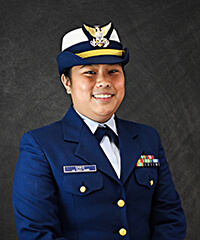 Aimee started at HSP in 8th grade and graduated in May 2014. After graduating, she attended The United States Coast Guard Academy in New London, CT.

Aimee served onboard USCGC NORTHLAND (WMEC 904), a 270 foot ship homeported in Portsmouth, Virginia, for two years as a Deck Watch Officer (ship-driver). She currently work at Coast Guard Headquarters in Washington D.C. as a policy/data analyst for fisheries law enforcement. Aimee also provide support to Small Boat Station Washington D.C. as a Boarding Officer to ensure vessels are operating safely and are in compliance with federal laws and regulations.

In her free time, Aimee enjoys playing basketball, scuba diving, and spending time with her brother and his kids.

Aimee’s favorite memories from HSP were being a part of the Lady Cougars basketball team, eating 23 gelatos on the senior Rome trip, and the life-long friendships she made. 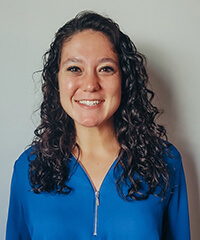 Jesse started HSP in the middle of her 8th grade year, when her family moved from Cincinnati OH to Atlanta GA.

Following graduation from HSP in 2017, Jesse continued her academic studies at Mount Saint Mary’s University in Emmitsburg MD. After 4 quick years at the Mount, she graduated with a double major in Business and Communications, with a minor in marketing.

Post graduation, Jesse got a job offer from Carahsoft, a government IT solutions provider, located in Reston VA. She currently runs the Federal Systems Integrators and Intelligence Community accounts. When she’s not working, Jesse enjoys being outside and running! Split in two locations, as Jesse currently resides in Columbus GA, supporting her boyfriend as he is an infantry officer in the Army, stationed at Fort Benning.

When Jesse moved to Atlanta in the middle of 8th grade, to say she was nervous is quite the understatement. Joining a new school in the middle of the year was absolutely terrifying. But those fears came to an end, once Jesse got involved in 4 varsity sports and student leadership (Nicaea still rocks!) She will never forget getting her concussion senior year of high school during soccer season, and waking up in the hospital, surrounded by my family and her closest friends. And friendship at HSP, was the greatest gift that Jesse could’ve asked for.

Portrait of an HSP Graduate

At Holy Spirit Preparatory School, we are committed to graduating men and women who:

Thank You for Making a Difference

We are proud of our alumni! Thank you for being an important part of Holy Spirit Preparatory School. We congratulate you on your accomplishments and look forward to staying connected.